Marriage Counseling Tips to Move Ahead in…

What Is Intuitive Eating and How Can…

Ultimate guide to help you with dark…

What Gen Z Asks for When Renovating…

A smooth journey: 9 tips for breast… 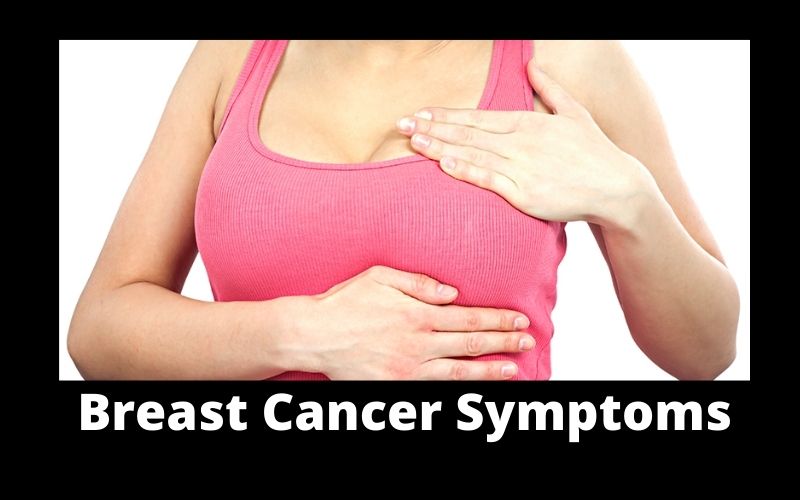 According to the 2020 data, 71% of breast cancer treatment operations in the Israeli clinic Ichilov were organ-preserving. For a woman who has been diagnosed with breast cancer, the most important thing is not to waste time because of an ontological disease. Here you can know about breast cancer symptoms. The count goes not for months, but days. Ichilov Clinic offers a program for breast cancer treatment in Israel, which will not allow you to lose a single precious day.

By the mechanism of occurrence, breast cancer is divided into three groups:

Risk factors for breast cancer can be roughly divided into two broad groups – major and minor. The main risk factors include genetic factor: gene mutations BRCA-1/2, p53, pTEN, CHEK 2 cause earlier onset of the disease, as well as the risk of cancer of the other gland in these patients (up to 46%); family history (breast cancer in close relatives); the state of the reproductive sphere.

The risk is increased by 40% if the first pregnancy and childbirth were after 30 years, if there is a history of a large number of abortions, especially before the first birth, the absence of lactation; fibrocystic disease (mastopathy), especially with the atypical proliferation of the epithelium (ductal and lobular). The risk of breast cancer on the background of fibrocystic disease increases by 3-5 times, and with preoperative forms – by 25-30 times. At an outpatient appointment with an oncologist, up to 50% of patients are patients with fibrocystic disease.

Secondary risk factors for the onset and development of breast cancer include ovarian-menstrual status (early menarche and late menopause increase the risk by 2.5 times); hormonal factors (the risk increases with repeated attempts at in vitro fertilization, in preparation for which a woman receives large doses of estrogens; psychopathology of the genital area (ovarian or endometrial cancer) increases the risk by more than 2 times; ionizing radiation in a dose of more than 10 Gy. Increases the chance in 3 times; alcohol in a dose of 50 ml. However, daily increases the risk by 1.4-1.7 times, eating food with a high content of fatty acids; obesity in postmenopausal women.

Women at risk (following the presence of the above factors) should be under the active supervision of doctors, starting from the age of 20. If close relatives, especially in the female line, have oncological pathology and, in particular, breast cancer, a woman should contact the medical genetics office to determine the possible presence of mutations of the BRCA 1/2, p53, p53, pTEN, CHEK 2 oncogenes, and dr

Nodular cancers occur most often – in 75-80% of cases. So, the clinical manifestation of this form in the presence of a nodular formation in the breast tissue. The most often affected is the upper outer quadrant (up to 50%).

The clinical picture of the nodular form of breast cancer is extraordinarily diverse and primarily depends on the stage of the disease.

The clinical symptoms of early forms of cancer include the following:

Breast Cancer Symptoms associated with more common forms of the tumor include:

Diffuse forms are found mostly in younger women and also are highly aggressive and malignant. So, increasing its size; hyperemia of the skin of the mammary gland and local hyperthermia (with mastitis-like and erysipelas-like forms, a general temperature reaction is possible); pronounced symptom of “lemon peel” over the entire surface of the breast; a sharp thickening of the nipple and folds of the areola; retraction and firm fixation of the nipple. In some cases, the differential diagnosis of diffuse forms of breast cancer is very difficult, especially with mastitis and erysipelas of the skin. Distinguish between primary diffuse forms of cancer,

Paget’s cancer occurs in 3-5% of all breast cancer cases. It begins with the appearance of dry or weeping crusts in the nipple area, redness and thickening of the nipple. The process can spread to the areola. The clinical picture at this stage can lead to diagnostic errors when a diagnosis of nipple eczema is made and long-term, but unsuccessful treatment is carried out. Gradually, the nipple flattens, ulceration may occur, the process spreads to the skin of the mammary gland outside the areola. At the same time, the process can spread along the large milk ducts deep into the breast, with the formation of a tumor node in its tissue. Later, metastases appear in regional lymph nodes.

Category M (metastases) – distant metastases. They can affect any organ and tissue of the body, but the most favorite localization of distant metastases in breast cancer are bones, lungs, liver, pleura. Less common are metastases to the brain, skin, ovaries, and contralateral lymph nodes.

The simultaneous occurrence of tumors in both mammary glands is classified for each of them.

Read More: Muscle pain What is a myofascial syndrome.

Suppose you are used to postponing visits to your doctor for the very last time. You should start small – self-examination. Mammologists recommend carrying it out regularly once a month. So, in the first phase of the ovarian-menstrual cycle. Women in the period of menopause need to choose a specific day of the month for this. Before starting the examination and palpation of the mammary glands, it is necessary to exclude the presence of discharge – bloody or serous – on the inside of the linen. Such traces, as well as

Mammography can show changes in the mammary glands 1.5 – 2 years before the onset of clinical manifestations of the tumor process. In addition to the presence of bloody discharge from the nipple. Through which a contrast agent is injected, followed by an X-ray examination.

The advantages of X-ray mammography include high sensitivity so, which makes it possible to detect 85-90% of breast cancer cases—accordingly, the ability to detect microcalcifications up to 0.5 mm. Ultrasound examination – ultrasound – is based on obtaining an image using high-frequency sound vibrations and allows you to clearly identify cysts, large formations in the tissue of the mammary glands, and the state of regional lymph nodes.

The advantages of ultrasound tomography are its safety and non-invasiveness, absence of X-ray irradiation. Imaging is immediate without the need for film development or digital signal processing for digital mammography.

Its disadvantages include the following: Ultrasound does not have the same detail as X-ray mammography; it does not allow detecting microcalcifications. In addition, the conclusion of an ultrasound scan is largely subjective, and the reliability of its result depends entirely on the experience and qualifications of the doctor.

Of stereotaxic vacuum biopsy, using the Mammotest-Mammovision-Mammotom device has also become increasingly widespread. The installation provides the same diagnostic accuracy as a surgical biopsy, but at a much lower cost; no need for general anesthesia; safety, efficiency and speed of work; maximum access to the mammary gland; the safest and most comfortable conditions for the patient. In the case of benign tumors, it allows you to remove the entire formation entirely without further surgical intervention. The disadvantages of the method include the need for local anesthesia—the possible appearance of hematoma and soreness within a few days.

And, finally, the final method for obtaining material for morphological diagnosis is a surgical biopsy. Excision of the tumor or sectoral resection of the breast. Requires urgent (intraoperative) histological examination of the removed material. A surgical biopsy allows you to obtain tumor tissue or the entire tumor. As well as a large sample of normal tissue for comparative analysis. Which allows you to determine the interaction of the tumor with surrounding tissues. In case of confirmation of the diagnosis of cancer. Accordingly It is necessary to expand the scope of the surgical intervention to radical surgery. Surgical biopsy leaves behind a scar. Requires suturing, increases wound healing time after surgery.

read more:  What should you expect from a hysteroscopy surgery?
previous post

Is prestige the only factor to consider when choosing a college?

Some Amazing Benefits of Pregnancy Massage

Is prestige the only factor to consider when choosing a college?

When embarking on a quest to find the right college or university to complete their education, many students turn their...