Why is there a Need for a…

The Best Canned Ham Recipes Ever

What gloves should you use to renovate…

Who is Bill Burr, and How Did…

Know about High Cholesterol – Symptoms, and…

The Mediterranean diet is a diet typical of the Mediterranean area countries, which many studies have associated with countless benefits for health, especially in terms of the prevention of cancer. Cardiovascular and neurodegenerative diseases. Which is 2010, UNESCO declared Intangible Heritage of Humanity. It is a lifestyle more than a simple way of eating, much more than a food scheme but, rather, a set of knowledge, social habits. Cultural traditions have historically been handed down by the populations bordering the Mediterranean, starting from the immediate postwar period.

What are the cornerstones of the Mediterranean diet? And what are the foods that characterize it? Here are the principles on which it is based:

Following the Mediterranean diet means ensuring a balanced intake of the various macronutrients (carbohydrates or carbohydrates, proteins and lipids or fats), divided as follows: 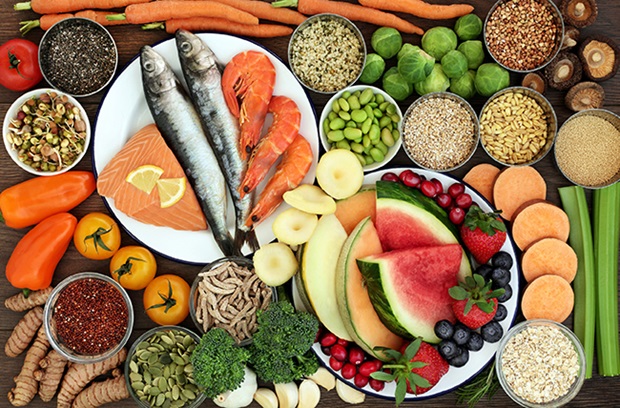 The first observational study elaborated on the concept of the “Mediterranean diet” and its benefits. Which became famous as the “study of the seven countries,” was conducted by the American biologist and physiologist Ancel Keys in the 1940s.

Keys, who was in Crete following allied troops, noted that cardiovascular disease incidence on the island was much lower than in the United States. A few years later, in 1944, in Paestum, he made the same observation about Cilento’s population and realized that the low incidence of heart disease could have a link with food.

He moved to Pioppi, a village in Cilento. He could better observe the local population’s diet: he noticed that the peasants of the small villages of Southern Italy had a diet low in the fat of animal origin and composed mainly of bread and pasta or soups. Often consumed with legumes, seasonal fruit, and vegetables from their gardens, extra virgin olive oil, cheese, dried fruit, and wine. Habits that, both for the peasants of Cilento and the inhabitants of the island of Crete. It resulted in greater longevity and a lower incidence of cardiovascular diseases than those observed in Northern Europe and the United States.

Keys thus decided to deepen this relationship with the famous “Seven Countries Study,” an epidemiological study that involved seven countries (Finland, Japan, Greece, Italy, Holland, United States, and Yugoslavia) and which compared the lifestyle and diets adopted by the respective populations.

The results confirmed the link between diet and the incidence of some diseases, especially cardiovascular ones. Among the populations of the Mediterranean basin, who ate mainly pasta. Fruit and vegetables. Moderate quantities of fish and almost exclusively used olive oil as a condiment. The mortality rate from ischemic heart disease was much lower than in countries such as Finland and the United States. There were many saturated fats of animal origin (butter, lard, milk, cheese, red meat).

Much scientific research has shown that the Mediterranean diet plays an important role in preventing cardiovascular diseases and other diseases such as cancer. Obesity, diabetes, o osteoporosis, and cognitive problems. The beneficial effects of this diet are linked to many factors. Such as the richness of low-calorie foods (vegetables, fruit, cereals, and legumes). Which helps maintain a healthy weight and ensure a supply of fiber that protects against onset. Of many chronic diseases. A low-fat content, mostly unsaturated, also characterizes the Mediterranean diet and a high intake of antioxidants, which counteracts the harmful effects of free radicals: the polyphenols in extra virgin olive oil and lycopene in tomatoes.

The Mediterranean diet protects against the onset of many types of cancer, including breast, colorectal, prostate, stomach, and liver cancers. The merit is the richness of antioxidants, which counteract cellular degeneration caused by free radicals. The low-fat content (mostly unsaturated, such as the omega-3 benefits with anti-inflammatory action). This adds the high content of fibers, which by improving intestinal transit, ensures that potentially dangerous substances do not remain in contact with the intestine walls for too long (a risk factor for colorectal cancer). Then there are substances with a specific antitumor action present in some vegetables. Among these. The glucosinolates of crucifers (broccoli, cauliflower) and the sulfur compounds in which onions are rich.

The beneficial effects on cancer prevention are also linked to the ability of the Mediterranean diet to keep the microbiota healthy. That is the complex of microorganisms (bacteria, viruses, fungi, protozoa) that normally colonize our entire body. The most studied microbiota is the intestinal one. A healthy microbiota is essential for our well-being and is also fundamental for the prevention of tumors. Variations in its composition are, in fact, associated with the development of many diseases, including cancer. The Mediterranean diet, rich in cereals, fruit, and vegetables with high antioxidants and fibers content. It creates the ideal “climate” to favor the proliferation of “good” bacteria and keep the microbiota healthy.

Many studies associate the Mediterranean diet with a reduced risk of the onset of cardiovascular diseases. Positive effects deriving from a set of characteristics of this diet. Among the many:

the abundance of unsaturated fats, such as omega-3 from fish and dried fruit and oleic acid in extra virgin olive oil

the reduced consumption of salt to the advantage of spices and aromas.

All elements contributing to keeping cholesterol and triglyceride values ​​under control benefit from heart health and prevent diseases such as hypertension. For the same reasons, the Mediterranean diet also proves to be an ally against the metabolic syndrome, that is, the set of conditions (obesity, diabetes, arterial hypertension, dyslipidemia) that expose you to high cardiovascular risk.

Mediterranean diet against overweight and obesity

The Mediterranean diet represents a complete and balanced diet ideal for those who want to lose weight or maintain weight: it is low in fats, mostly unsaturated, rich in foods with low-calorie density, provides many fibers that promote satiety, therefore – with quantity tailored to your needs – it is also perfect for regaining shape. It is also a varied diet, never monotonous, full of tasty dishes, three important elements for those who follow a low-calorie diet to lose weight.

The Mediterranean diet in pregnancy

The Mediterranean diet is healthy, also recommended during pregnancy. In fact, it helps to contain weight gain, protecting the expectant mother from the risk of metabolic complications. These include gestational diabetes, which can have serious consequences for both your health and that of your baby.

The steps of the food pyramid

At the base of the food pyramid, we find a physical activity, conviviality – which should never be given up – and the indication to consume local and seasonal products. It is also important to drink plenty of water to ensure proper hydration. These are 4 assumptions that cannot be ignored if you want to adopt the Mediterranean diet’s lifestyle and dietary model.

In the first step, we find bread, pasta, rice, couscous, and other cereals, preferably whole, which are an important source of carbohydrates. And then, fruit and vegetables, which provide vitamins, minerals, water, fiber. We recommend 5 portions a day, during the day, preferably in season.

On the second step, there are milk and its derivatives and olive oil. It is advisable to consume 2-3 servings of milk and dairy products per day, but better if low in fat. Oil must be the main source of fat.

We fin dried fruit , seeds, herbs, and spices instead of salt, consumed every day on the third step.

At the top of the pyramid, we find red meat, cold cuts, and sweets. The advice is to consume these foods in moderation and at most a couple of times a week.

Index of adherence to the Mediterranean diet

There are many indicators of adequacy to the Mediterranean diet. Among the most used are:

the ” MEDIATE ” with an adherence index between 0 and 14;

Examples of the Mediterranean diet: a menu template

We offer you a diet plan, which we have developed with the advice of Dr. Lorenzo Traversetti, a nutrition biologist, to help you build your daily menu inspired by the Mediterranean diet. For each of the main meals (breakfast, lunch, dinner, and two snacks), we have indicated 3 alternatives to choose from.

This guide helps you understand how to combine, throughout the day, the various food groups (cereals, vegetables, fruit, fish, meat, legumes) and to what extent to include them in your diet. Follow this model to build your menus as you like. Remember to vary the foods you bring to the table as much as possible and always prefer seasonal fruit and vegetables, ensuring you get the most of their nutrients.

Also Read: What Is a Plant-Based Diet

Does the Mediterranean diet have any contraindications?

The Mediterranean diet is a diet for everyone and all ages. Benefits that make a series of criticisms leveled against it groundless. Among many, that of not being suitable for those with diabetes is rich in carbohydrates, which can alter their functionality or those with gastritis problems due to the abundance of foods, such as tomatoes, which can give acidity.

Is the Mediterranean diet out of date?

This is another criticism that often accompanies considerations on the Mediterranean diet. It is certain that, compared to when Keys theorized the existence and benefits of this diet, much has changed. Globalization, the increase in the supply of products. So, the increasingly developed distribution networks, modern preservation technologies ensure that consumers can easily orient themselves towards different food choices. Guided by the market and more disconnected from seasonality and tradition. Even the change in lifestyle, from the post-war period to today, has impacted a move away from the Mediterranean diet: among the new variables at stake—the increasingly widespread habit of eating meals outside the home, the use of ready-made foods.

Added to this is a problem linked to the costs of shopping, which in the USA. According to Coldiretti, it has seen a cut in the Mediterranean diet’s basic products for almost a decade. For some years now, the trend has reversed. This is thanks to ever-increasing attention to the quality of nutrition and an even stronger awareness of the close relationship between diet and well-being. This has led again to favoring healthy foods, for example, by increasing the cost of fruit and vegetables, which had fallen sharply.

So, in terms of benefits, the Mediterranean diet does not seem to be the only one to ensure a better life expectancy and reduce the risk of cardiovascular disease, diabetes, and cancer. Recent studies have highlighted the health and wellness potential of the Japanese diet. But the fact that it is no longer the only diet on the podium of health does not question its beneficial effects and validity.

What Is a Plant Based Diet

How To Get Vitamin D

Want To Know The Best Way To Clean Your Ears?